An angry Cancel Culture mob showed up in downtown Collierville to demand that a Confederate war memorial be removed. At least one man was arrested after he knocked a cell phone out of a protester’s hand.

“He’s an angry person, and this is a teach-in and sit-in,” alleged victim Francis Marble told television station WMC.

KWAM RADIO IS YOUR ONLY SOURCE FOR FAIR AND BALANCED NEWS IN THE MID-SOUTH. CLICK HERE FOR A FREE SUBSCRIPTION TO OUR NEWSLETTER.

The alleged “victim” went on to tell Fox 13 Memphis, “History goes in books, this is white supremacy. This isn’t history if this was history the whole park would be full of markers wouldn’t it.”

Marble did not bother to explain how a marker commemorating a Civil War battle is racist.

The Civil War marker was funded by the United Daughters of the Confederacy and they don’t seem all that interested in moving anything.

A number of the radical leftists held signs accusing the memorial of being “racist.” There were also signs supporting “Black Lives Matter,” a self-described Marxist organization.

he marker that protesters want to be removed commemorates the Civil War battles fought in Collierville. It was placed in the town square by the United Daughters of the Confederacy.

But many signs at Monday’s protest described the marker as racist.

“There’s options of moving it to the cemetery where the battle actually occurred. We have a lovely museum right up the street,” radical leftist Traci Stewart-Saltwell told television station WREG. 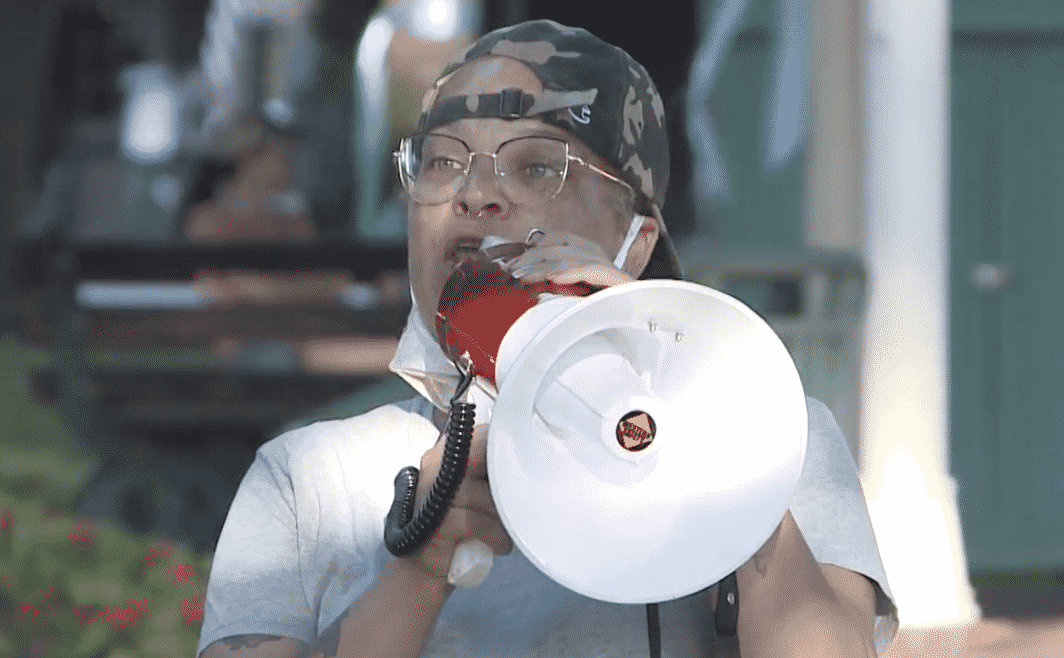