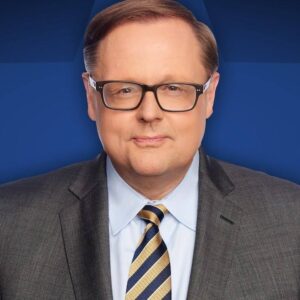 Todd Starnes is a longtime, award-winning journalist and radio commentator. He spent more than a decade working at Fox News Channel before returning home to Memphis to launch Starnes Media Group. He is the proud owner of KWAM Newstalk Memphis – the Mid-South’s only locally-owned and operated news talk radio station.

Todd is the host of The Todd Starnes Show, a daily radio program heard on more than 100 stations around the nation. He writes a nationally-syndicated column and more than one million people subscribe to his daily podcast.

Todd has interviewed four U.S. presidents and he’s covered some of the most important political and cultural stories of the past 20 years. Most recently, he has been a featured speaker at President Trump’s Save America rallies.

He is the author of seven best-selling books, several of which are available for purchase after tonight’s event.

Todd is the recipient of an Associated Press Mark Twain Award for Storytelling and an Edward R. Murrow Award – one of the top prizes in American journalism.  He is also a regular speaker at CPAC, the Billy Graham Training Center, the Young America’s Foundation and the Ronald Reagan Ranch Center in California.