A conservative student at the university sent KWAM NewsTalk Memphis exclusive photographs of the vandalized portraits.

Some scribbled in red marker, “Go f*** yourself,” on the Supreme Court justice’s Hall of Fame portrait.

Another portrait included profanities as well as artwork depicting her as a devil. 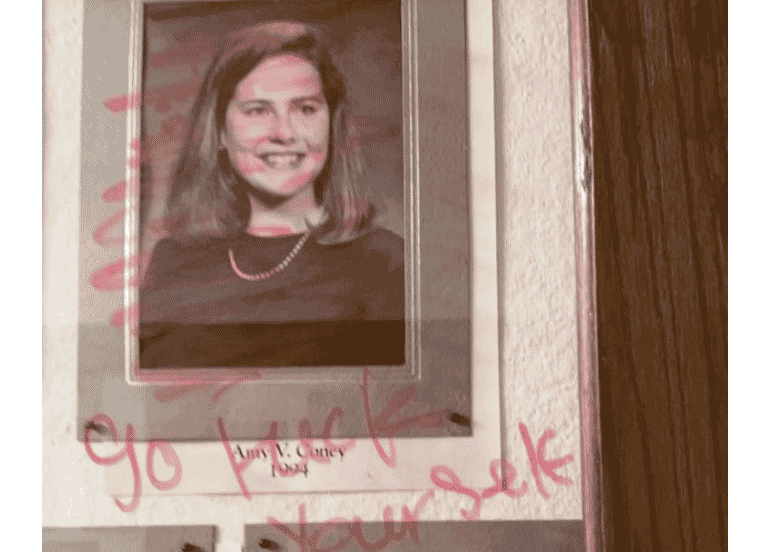 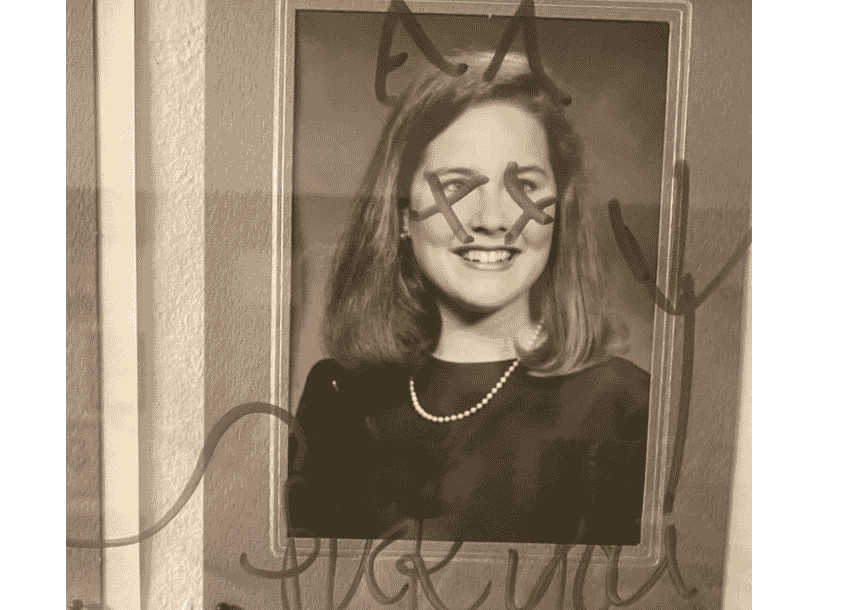 Rhodes College did not respond to inquiries about the vandalism or whether suspects had been identified and punished.

There have been grave concerns that radical leftists — including at places like Rhodes — might respond with violence in the aftermath of the Supreme Court decision overturning Roe v. Wade.

“It’s unfortunate that Justice Barrett’s portraits were vandalized,” nationally syndicated radio host Todd Starnes told KWAM. “But the sort of attack at Rhodes College is not all that unusual. Intolerance and wokeness is a benchmark on many of our nation’s colleges and universities.”

Starnes praised the conservative students on campus who exposed the vandalism.

“Let’s hope Rhodes College publicly names and shames the students involved in this heinous act of cowardice,” Starnes said. “Charge the students with vandalism and kick them out of college. It’s called tough love. And it just might prevent them from living a life of crime.”

Shame on the Intolerant, Leftist Snowflakes at Rhodes College