DEVELOPING STORY: The Memphis Police Dept. announced that it is taking action against an untold number of police officers involved in an incident that led to the death of a suspect.

Tyre Nichols, 29, was stopped on Jan. 7 for reckless driving. As officers approached the vehicle, Nichols reportedly got out and ran off. He was later arrested after a foot chase and some sort of altercation.

Nichols complained about shortness of breath and he was rushed to St. Francis Hospital where he later died.

A photograph of Nichols, made public by his family, purportedly shows him covered in blood and bruises. Police admitted to a confrontation, but they did not provide any additional details. Body cam footage from the incident has yet to be released.

“I understand what their goal is with cleaning up the streets,” Dupree said. “But this is the thing, my brother is not a street dude. He doesn’t have a record. He’s never been in trouble. When it comes to him driving, he has his license. He has his registration. He owns his car. The street dudes who they’re looking for out there … that’s not him.” 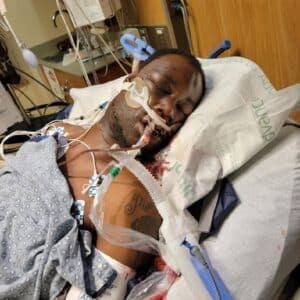 The officers involved had been placed on administrative leave as the Tennessee Bureau of Investigation probed the incident.

“After reviewing various sources of information involving this incident, I have found that it is necessary to take immediate and appropriate action,” Chief CJ Davis said. “Today, the department is serving notice to the officers involved of the impending administrative actions.”

Chief Davis said the notice is a required procedural process before government civil servant employees can be disciplined or terminated from employment.

MPD is working quickly and appropriately to go through the administrative disciplinary and investigative process, which is expected to be completed later this week, the chief said.

“Make no doubt, we take departmental violations very seriously and, while we must complete the investigation process, it is our top priority to ensure that swift justice is served,” Mayor Jim Strickland said. “We want citizens to know that we are prepared to take immediate and appropriate actions based on what the findings determine.”

<iframe src=”https://omny.fm/shows/mid-south-gardening/the-cold-temperatures-are-back-with-brutality-how/embed” width=”100%” height=”180″ allow=”autoplay; clipboard-write” frameborder=”0″ title=”The Cold Temperatures are Back With Brutality. How is This Affecting You and Your Garden?”></iframe>