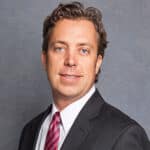 This afternoon Maury County Mayor Andy Ogles declared a State of Emergency “to protect healthcare workers and their right to religious exemptions from the Covid-19 vaccine.”

Ogles, who has gained a reputation statewide as a consistently conservative county executive, added that the State of Emergency was also declared to “protect Maury County’s healthcare infrastructure from an impending staffing shortage.”  Mayor Ogles noted that Tennessee Health Commissioner Dr. Lisa Piercey recently warned the General Assembly that the state was “facing a potential healthcare crisis due to the Biden Administration’s CMS rule forcing healthcare workers be vaccinated or face termination.”

Ogles told Tim Van Horn that the State of Emergency “will be renewed every 14 days until the General Assembly can convene in January and address the issue.”

Listen to The Mighty 990 anywhere, anytime with the free streaming app!