A 70-year-old woman, who was killed in the Kroger shooting, has been identified as Olivia King.

“Our family is devastated by this senseless act of violence. We ask that you pray for the repose of the soul of our mother, Olivia. We also ask everyone for their prayers for all families and friends affected by the events today, as well as for God’s mercy on the shooter and his family. Thank you,” said her son Wes King. “She was shopping. My mother was 70. We believe that she had gone to daily Mass this morning and then simply went to the store at some point.”

Mrs. King, a widow, had been a longtime resident of Collierville and the mother of three sons. 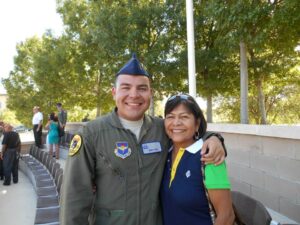 Photo courtesy of the King family.

“Everyone needs to be more like Olivia,” said Maureen Fraser, the vice mayor of Collierville, who had been friends with Ms. King since they both moved to the town in the mid-1990s. “Kind, generous, caring, selfless.”

The New York Times reports Mrs. King was a regular parishioner at Catholic Church of the Incarnation in Collierville, Tenn., attending a service there on Thursday morning only hours before she was killed in a mass shooting at a Kroger grocery store.

Neighbor Aahil Shermohammed told the Times that she was always smiling and checking on people in the neighborhood.

“She was always checking up on me for no reason,” he said, “and it was always nice when you’re having a bad day to have someone like that smile at you.”