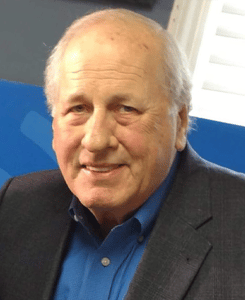 Earle Farrell, host of The Earle Farrell 4Memphis show, is a veteran television and radio broadcaster. His career started in his home state of Texas and he has spent the past 40+ years in the Memphis market. He has been in broadcasting, public relations, development and business, including ownership and operation of restaurants. Earle also was appointed Chief Spokesperson for the Shelby County Sheriff’s office.

Throughout Earle’s broadcasting career, his gifts of reporting and storytelling have earned him recognition, an excellent reputation, and a trust with the Memphis and Shelby County Community and beyond.

As host of The Earle Farrell 4Memphis Show, a lifestyle show about Memphis people, places and events, Earle shares his unique style of conversational interviewing and his gift of storytelling.