It could very well be the dumbest reason to boycott a store in the history of the cancel culture movement.

Someone arranged a bunch of decorative letters to spell out, “USA VOTE TRUMP.” 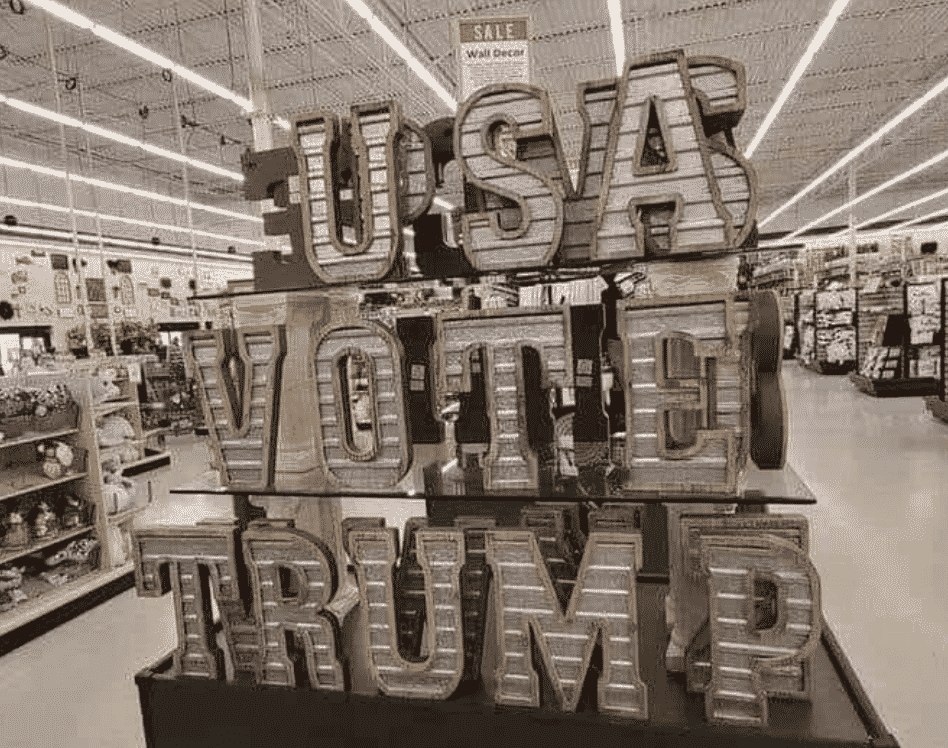 “Hobby Lobby will get ZERO and I do mean ZERO of my family’s money. I will not set foot in one EVER again,” one hysterical shopper screeched.

KWAM RADIO IS YOUR ONLY SOURCE FOR FAIR AND BALANCED NEWS IN THE MID-SOUTH. CLICK HERE FOR A FREE SUBSCRIPTION TO OUR NEWSLETTER.

“Let’s completely show the world how disgusting this company is in their support of hate and racism,” wrote another. “Don’t shop at this hate filled establishment!”

The angry mob stormed the Christian company’s social media pages armed with digital torches and pitchforks — demanding they be canceled because a clever customer had a bit of political-themed fun.

What’s the harm? Where’s the foul?

The bigger issue is the highly contagious disease known as “Trump Derangement Syndrome.”

In my new book, “Culture Jihad: How to Stop the Left From Killing a Nation,” I show Americans how to effectively fight back against those who want to silence dissenting opinion. Click here to read the book.

If a bunch of decorative letters spelling out the president’s name causes you to suffer a psychotic break, you should seek medical attention – immediately.