Mornings in the Mid-South are about to get a lot more entertaining!

“Wake Up Memphis with Robyn Walensky” debuts Friday at 6 a.m. on The Mighty 990. The radio station’s flagship morning show will cover all things Memphis, politics, crime, culture, plus the top national stories of the day – along with live traffic and weather reports from television station WREG.

And Robyn will also be taking your telephone calls on-air via The Mighty 990 Listener Line!

The host of the program is KWAM news director Robyn Walensky. She has worked in some of the top newsrooms in America. She is a veteran of Fox News Radio and The Blaze Radio Network. She’s been a reporter at 1010 WINS in New York City, morning show co-host at WRNO in New Orleans and a news anchor at WSB in Atlanta.

The cornerstone of her show is patriotism and Robyn will start each day with a local resident reciting the Pledge of Allegiance.

“It feels like we have lost our way in this country and we urgently need to return to the feeling we had on September 12 – the day after the 2001 terrorist attacks,” she said. “We flew our flag proudly, wore flag pins on our lapels, there was a fighting spirit in our country to win, to demolish the terrorists who killed innocent Americans.”

Robyn, an award-winning journalist who has covered some of the biggest stories of our lifetime, also plans to tackle “fake news.”

“Now everywhere you look there is blatant bias and fake news,” she said. “We need an honest press – reporters who deal in black and white facts – reporters who tell the truth and we urgently need journalists who are not activists pushing an agenda.”

She is the author of two books, “Covering Catastrophe: Broadcast Journalists Report 9-11-01,” and “Beautiful Life: The CSI Behind the Casey Anthony Trial.”

Robyn is a graduate of The George Washington University and has a master’s degree from New York University. She also received a diploma from The Institute for Political Journalism at TFAS The Fund for American Studies at Georgetown University. 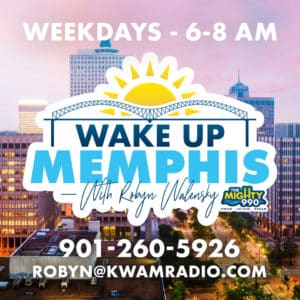